Nope, not a typo. I have to emphasize the importance of this statement by ending the sentence, immediately followed by a new sentence which consists of one word.

So now that we have grammar validated, allow me to expound on this hyperbolic statement.  Exhibit number one:

And here’s the second piece of evidence:

And why not go for three?

And my favorite incarnation:

This guy…he is the real deal.

Born on the cusp of Capricorn/Aquarius in one of the greatest cities for baseball, food and culture in the nation, his stock continues to rise. 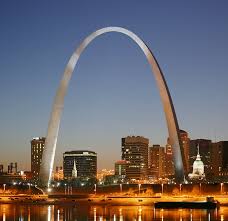 The bad news…he is only twenty nine…which is way beyond my “axis of creepy”. So he is safe from my charms.

However, as a consumer of fine television with incredible writing teams (see “Turn: Washington’s Spies), I can definitely appreciate his talent and versatility.  Evan manages to bring vulnerability, charm, and compassion to every role in which he portrays, which for some is quite the challenge. He managed to make Tate, “the beautiful monster”, likable and relative.  No small task.  His heinous and anti-social behavior in many of his roles should make for a creature that viewers love to hate.

Except you can’t. Not completely.

Maybe it’s those dead shark eyes of his that draw you in, looking for the glimmer of humanity. Or that easy grin that cauterizes his trustworthy, Midwestern/German face. Or that you just don’t want to completely turn your back to him because, well, you may not trust him as much as you thought.  In any of those scenarios one thing is evident.

Evan Peters has complete command of your attention.

And you’re not turning away.

Full  disclosure: AHS is the only body (clever pun) of work I’ve seen of his so I can’t elucidate properly on his entire collection of genius.  I probably would expect his characters to be a cross between “Jimmy” from “Freak Show” and “Kit” from “Asylum”. One dimensional at first glance, but later pulling back the many layers of the motivations for their behaviors.

Or maybe I’m getting confused with who he really is.  Maybe he shows us more about himself personally in every character he’s played than we are aware.  Isn’t that really what most performers do anyway?

To validate, I’ll allow Evan to speak for himself:

“I guess creepy comes natural to me – I hate to say that.”

“But I love Halloween, and I love that feeling: the cold air, the spooky dangers lurking around the corner.”

“There’s something that’s sexy about a guy who has the strength to kill somebody, but is also vulnerable enough to be in love. It’s just those two sides – like, I don’t know why, but women for some reason aren’t attracted to normal guys, like, guys who are in between.”

(Much respect to IMDB for those quotes.)

Honestly, there’s always room on my Victorian fainting couch in my cottage on the shores of the Irish Sea for one of the many incarnations of Evan Peters.  I guess he’s not safe from me after all. Or I, unfortunately, from him. For he is one I seek out by which to be entertained. Because…he.is.everything.

Until the tea kettle rattles and the storms roll in…